Latinos were subject to racism and discrimination nationwide. Segregation was common practice in public school systems until the Brown vs Board of Education of Topeka ruling declared it unconstitutional in 1954. Still, Mexicans and Mexican Americans continued to be barred from using public pools and were segregated in theaters. People experienced harassment just for speaking Spanish. In the 1960s and 1970s, civil rights activists fought for farm workers’ rights, restoration of land, protection of minority voters at the polls, and social justice. In Wichita, a number of Latinos challenged the marginalization that minorities faced in the city. Some of the younger generation were part of the Chicano movement or El movimiento that embraced and celebrated a Mexican and Latino identity. For others, however, the main goal was to work within the system by joining institutions and seeking elected office. 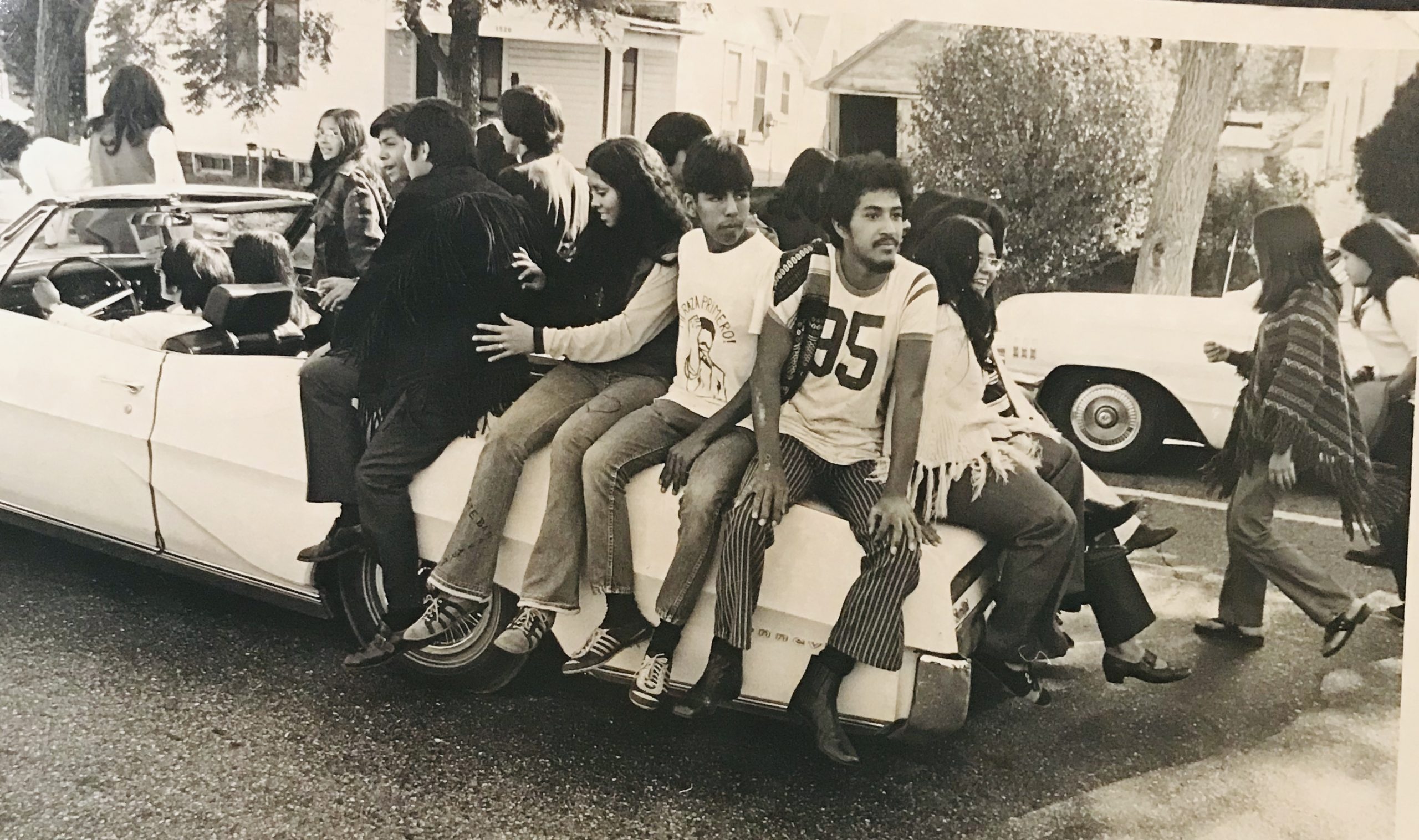 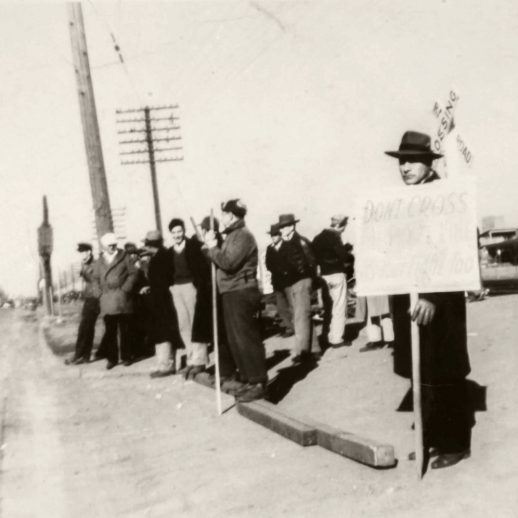 Workers on strike outside the Cudahy plant facing Broadway Avenue.

Veterans who served in World War II, Korea, and Vietnam were key leaders in early Latino civil rights activities.  They included figures like Jesus “Jesse” Magaña, a Kanopolis cattleman.  A veteran of World War II, Magaña served as state chair of the Kansas branch of the American G.I. Forum and was also national vice chairman and treasurer of the Department of Labor’s SER (Service Employment and Redevelopment) Jobs for Progress program. 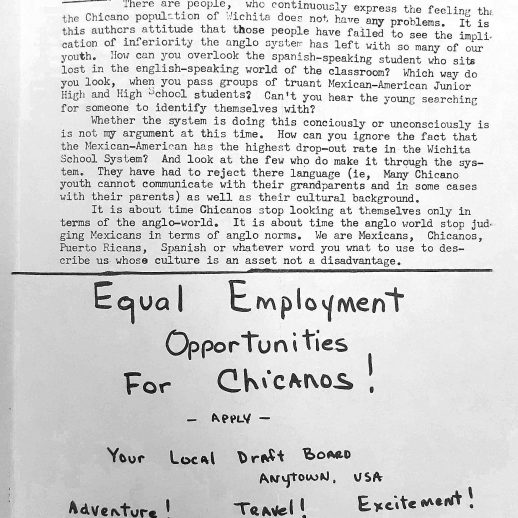 Across the country, younger Mexican Americans began challenging a range of issues that impacted the Latino population including discrimination, police brutality, poverty, and society’s marginalization of Latino culture. In Wichita, this movement included students at Wichita State University, who formed the Mexican American Student Association or "MASA." This group later became part of a national movement called MEChA, which stood for Movimiento Estudiantil Chicano de Aztlán (Student movement for Chicanos in Aztlan). The Chicano movement often called the American Southwest “Aztlan” seeing Latinos with roots in this region. 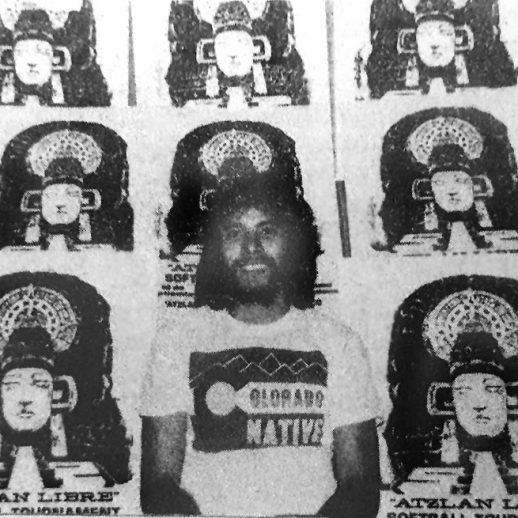 Initially, people of Latin American descent called themselves “Spanish Americans” and struggled to be accepted in Wichita. Starting in the 1960s, however, the Chicano movement argued that Latinos were indigenous to the region and not immigrants.