Living in a society that saw people literally in terms of black and white, Latinos in Wichita occupied an awkward position. Like the Lebanese, Jews, and Greeks, among others, they were counted as white. However, they were seen as different from the larger Anglo population and experienced many of the same restrictions as African Americans.

Children of Mexican immigrants struggled to find a place in this world. Many hoped to fit in while downplaying the speaking of Spanish and participating in many of the cultural traditions of “white bread America” Wichita society, including high school sports, and serving in the military. 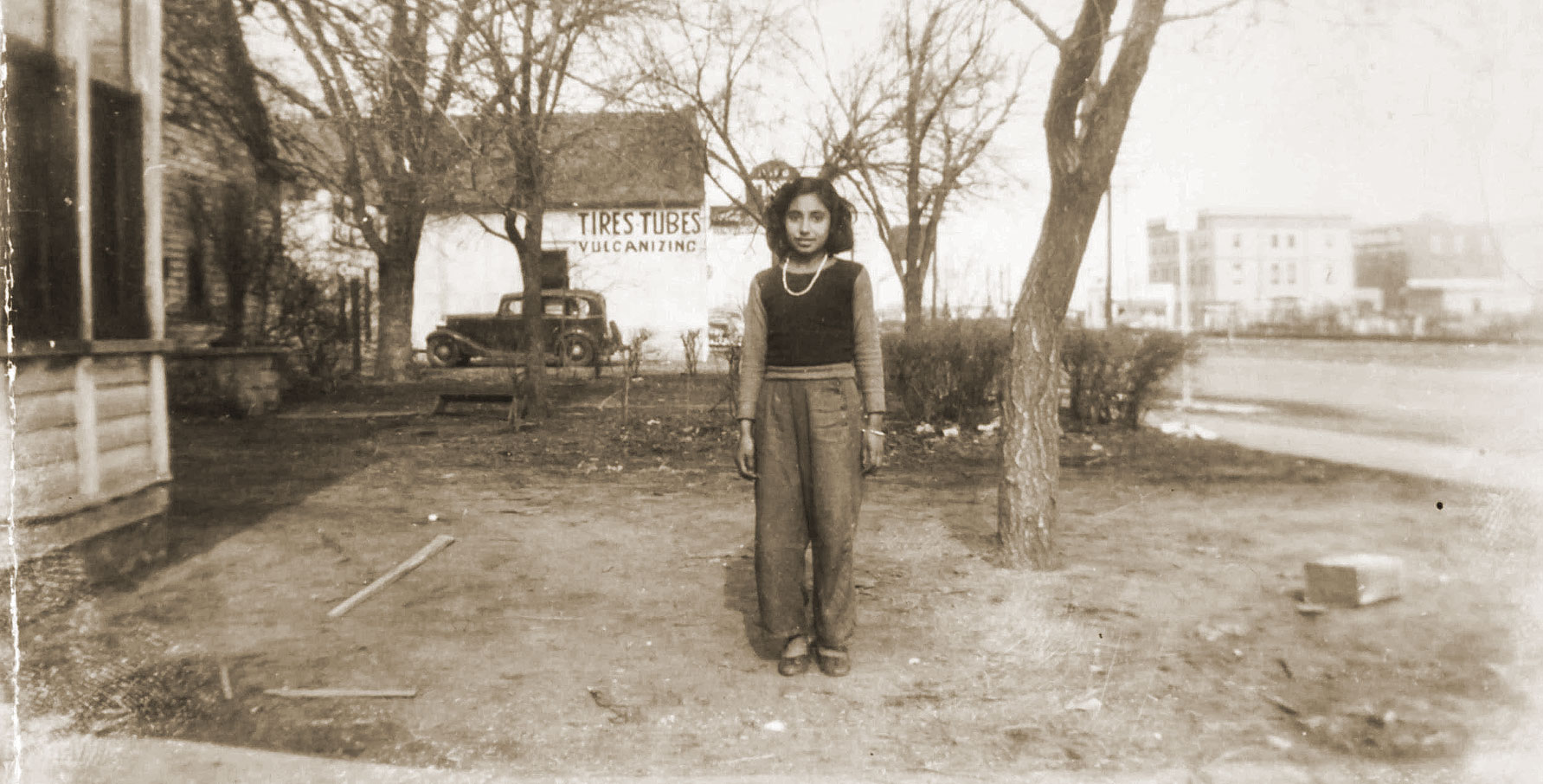 Virginia Martinez stands outside the family home on Lawrence/North Broadway. The Cudahy Packing Plant is in the background. Courtesy Anita Mendoza 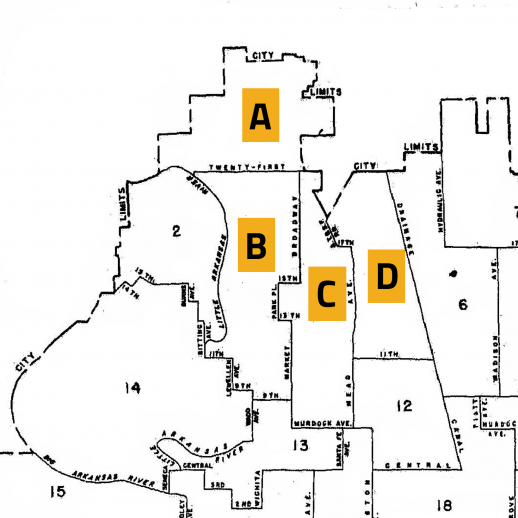 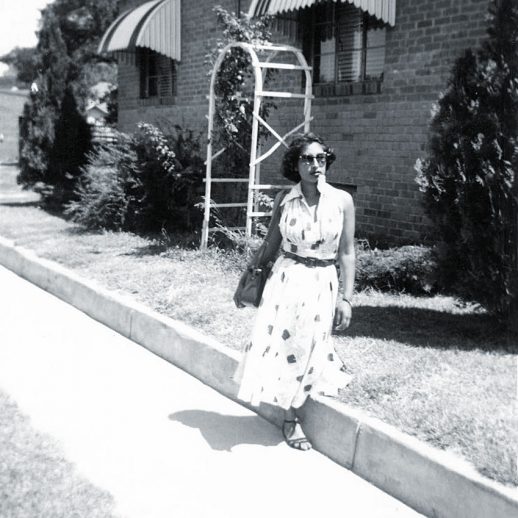 For many families, the “American Dream” included getting a better job and moving to the suburbs.  Here Virginia Martinez Mendoza embodies the suburban ideal that inspired Latinos, Anglos, and African Americans in the decades after World War II. 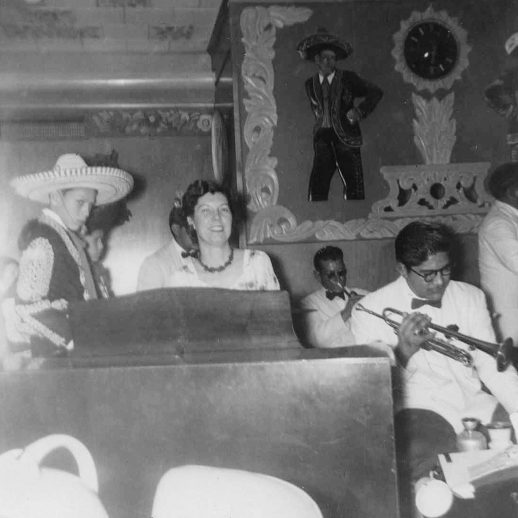 While Latino youth were encouraged to “fit in,” restaurants like El Charro introduced Anglo Wichitans to the “exotic” food of Mexico. 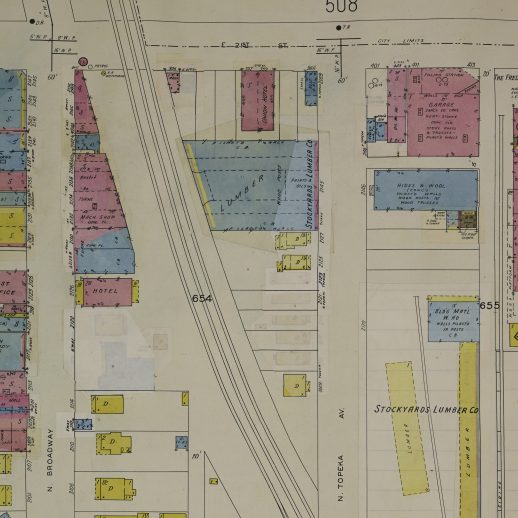 From the 1910s through the 1940s, a group of Mexican American families had lived south of 21st along Topeka. In World War II, however, the local lumber yard expanded and the small wooden houses were demolished or physically moved west of Broadway. In this Sanborn Map from 1950, the lumber yard has been pasted over the former La Topeka neighborhood but the faint yellow squares of the relocated houses from a prior map are still barely visible.